AceJump is a plugin for the IntelliJ Platform that lets you jump to any symbol in the editor with just a few keystrokes. Press the keyboard shortcut for AceAction (Ctrl+; by default) to activate AceJump. Type any string in the editor, followed by one of the illustrated tags, to jump its position: 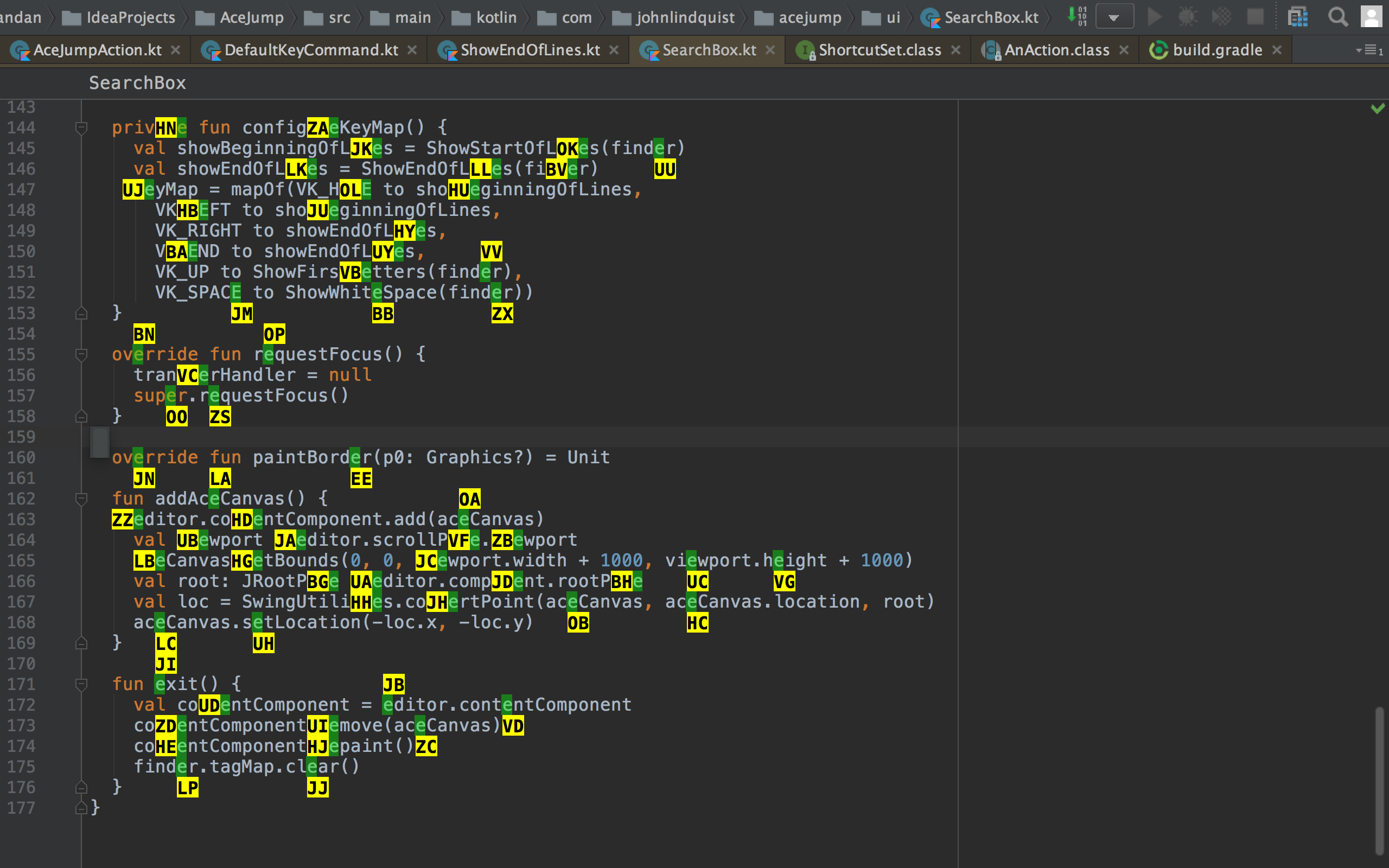 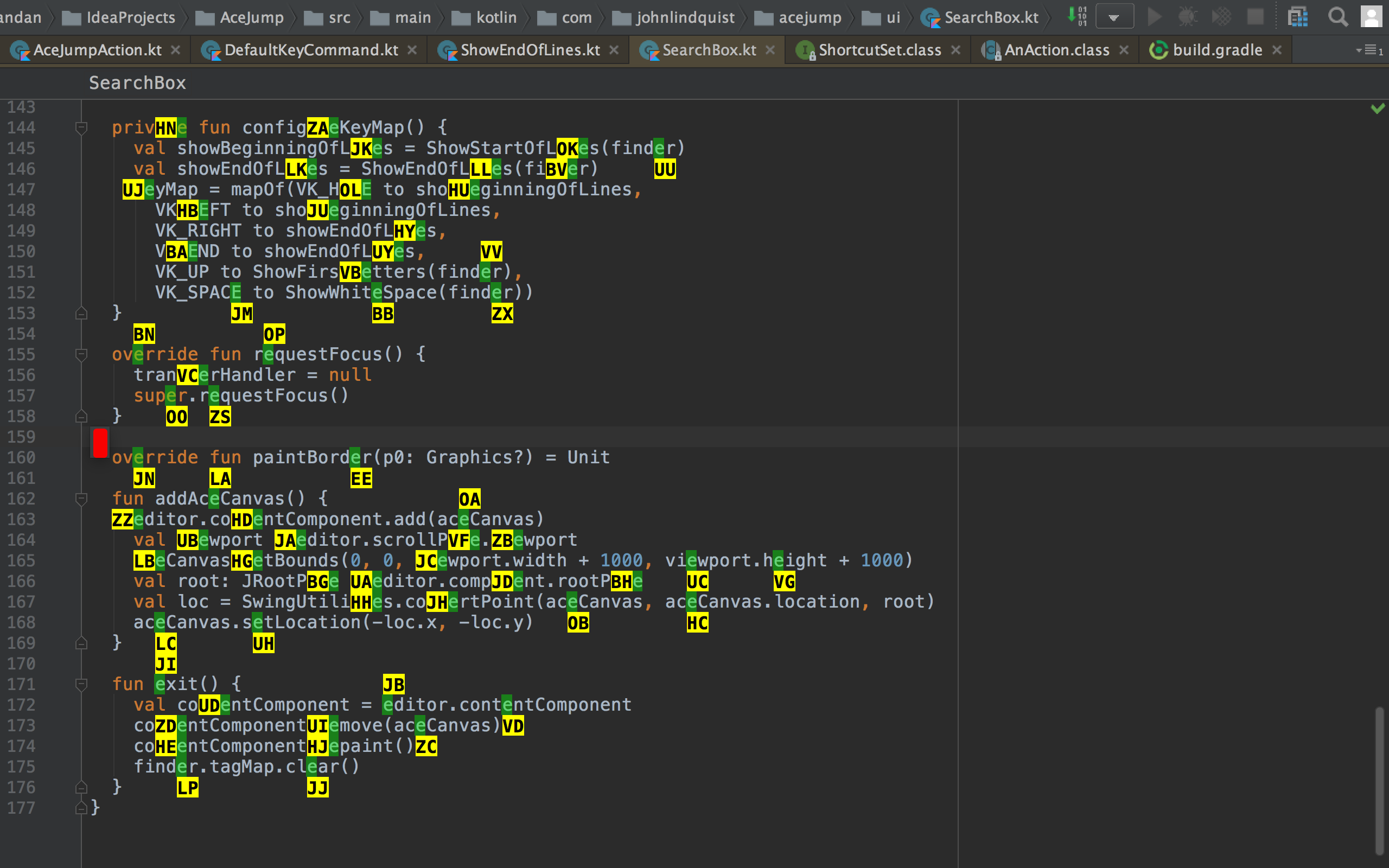 Press the AceJump shortcut for Line Mode(Ctrl+Shift+; by default), to target the beginning, first non-whitespace, and last character of every line in the editor). Then jump to one by completing the tag. 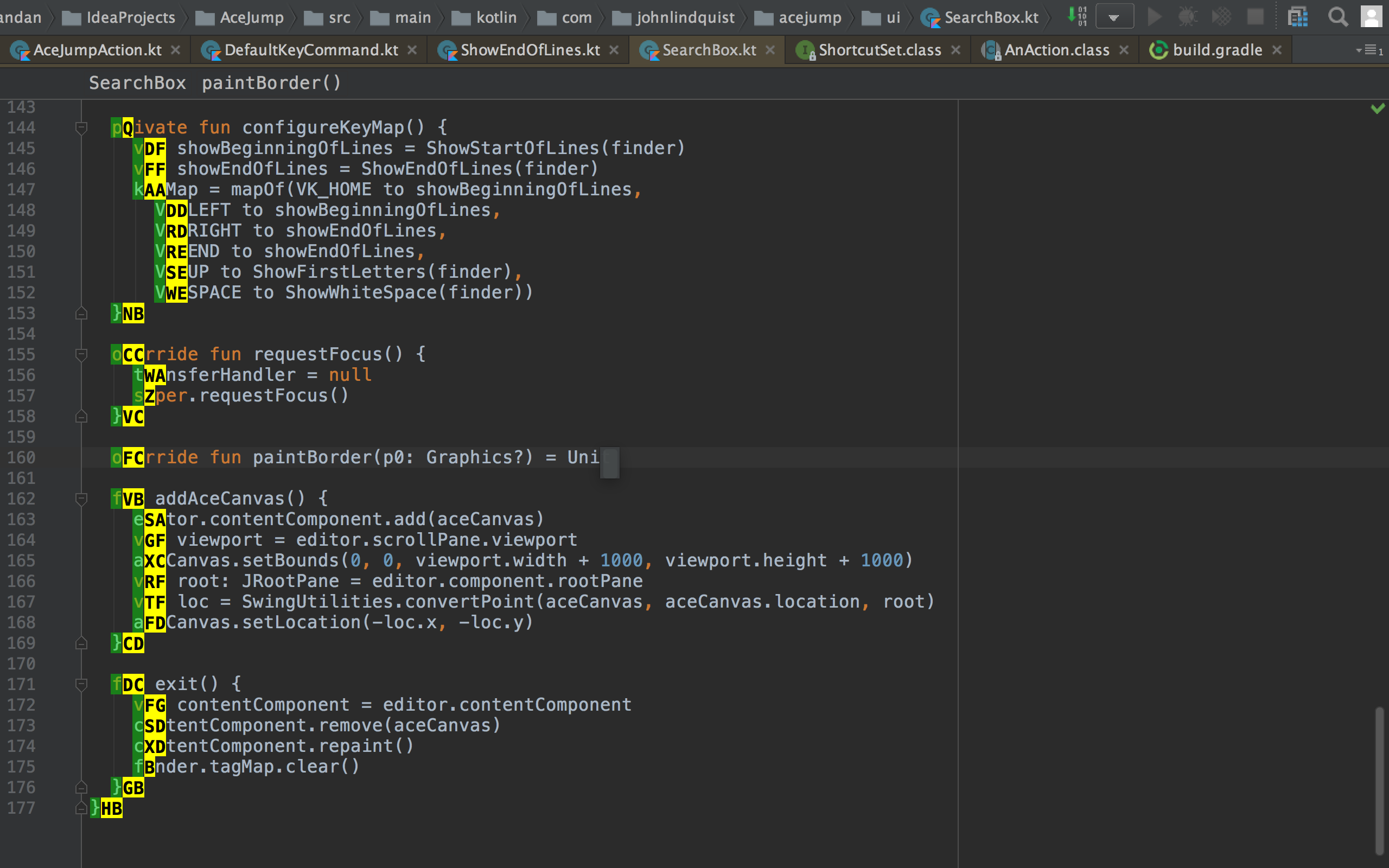 AceJump search is smart case sensitive, however tag selection is not case sensitive. Holding down Shift when typing the last tag character will select all text from the current cursor position to that destination.

AceJump can be installed directly from the IDE, via Settings | Plugins | Browse Repositories... | 🔍 "AceJump".

Canary builds are provided courtesy of TeamCity. These can be downloaded and installed from disk.

IdeaVim users can choose to activate AceJump with a single keystroke (f, F and g are arbitrary) by running: 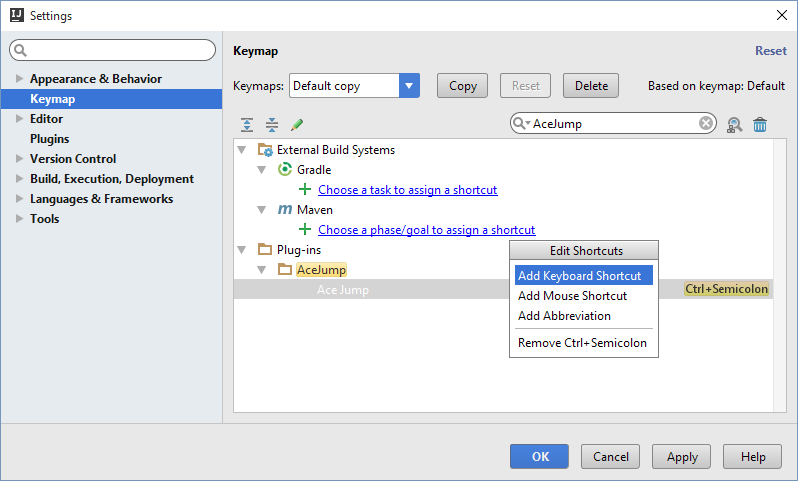 To build AceJump, clone and run the Gradle task buildPlugin like so:

The build artifact will be placed in build/distributions/.

Miscellaneous: AceJump is built using Gradle with the Gradle Kotlin DSL and the gradle-intellij-plugin.

AceJump can be used by other IntelliJ Platform plugins. To do so, add the following snippet to your build.gradle.kts file:

Callers who pass an instance of Editor into SessionManager.start(editor) will receive a Session instance in return. Sessions are disposed after use.

To use AceJump externally, please see the following example:

AceJump is supported by community members like you. Contributions are highly welcome!

If you would like to contribute, here are a few of the ways you can help improve AceJump:

To just run the tests, execute ./gradlew test - this is usually much faster than starting an IDE.

For documentation on plugin development, see the IntelliJ Platform SDK.

Please see here for a detailed list of changes.

AceJump is inspired by prior work, but adds several improvements, including:

The following plugins have a similar UI for navigating text and web browsing:

The following individuals have significantly improved AceJump through their contributions and feedback:

AceJump is made possible by users just like you! If you enjoy using AceJump, please consider Contributing.